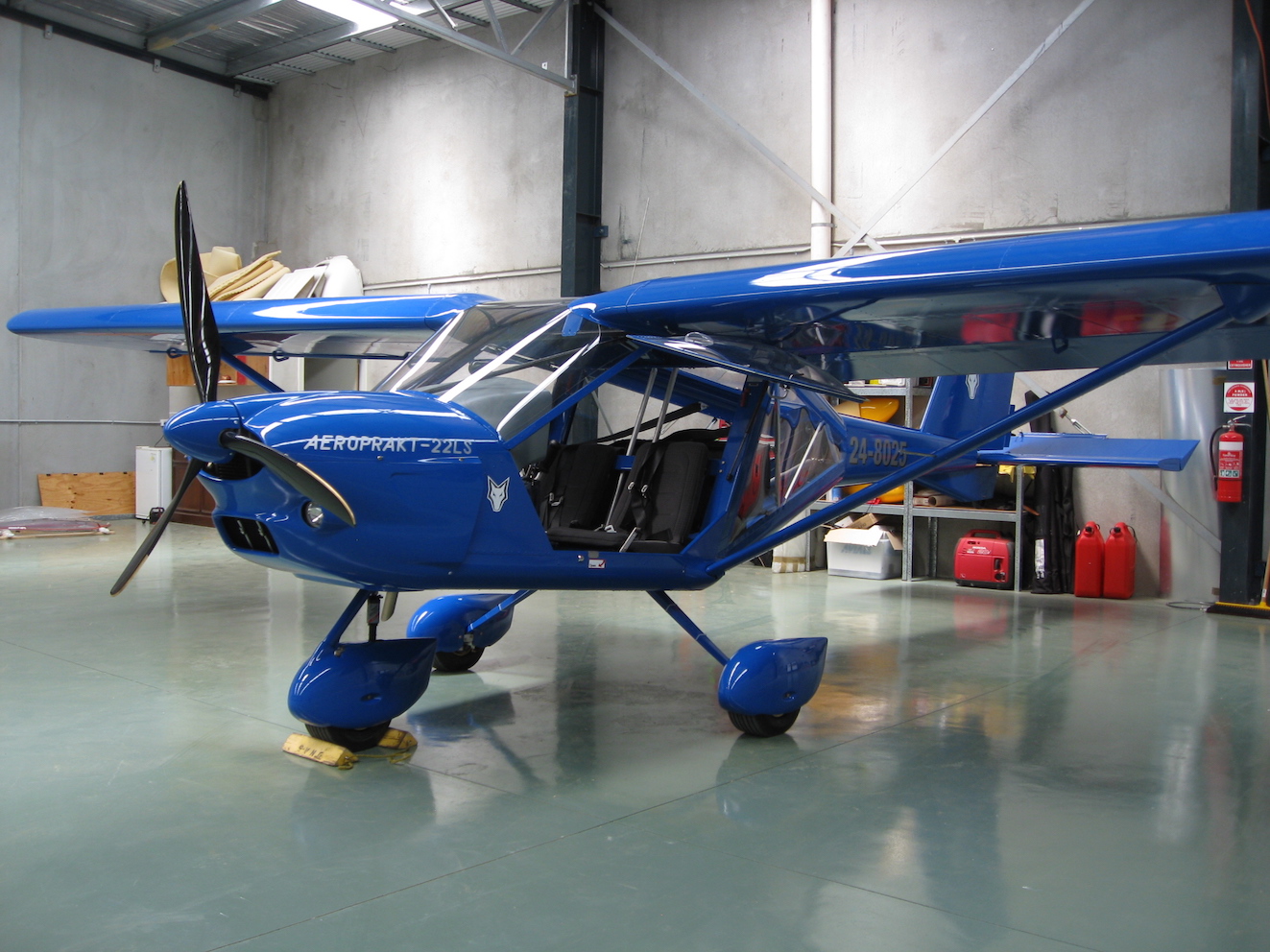 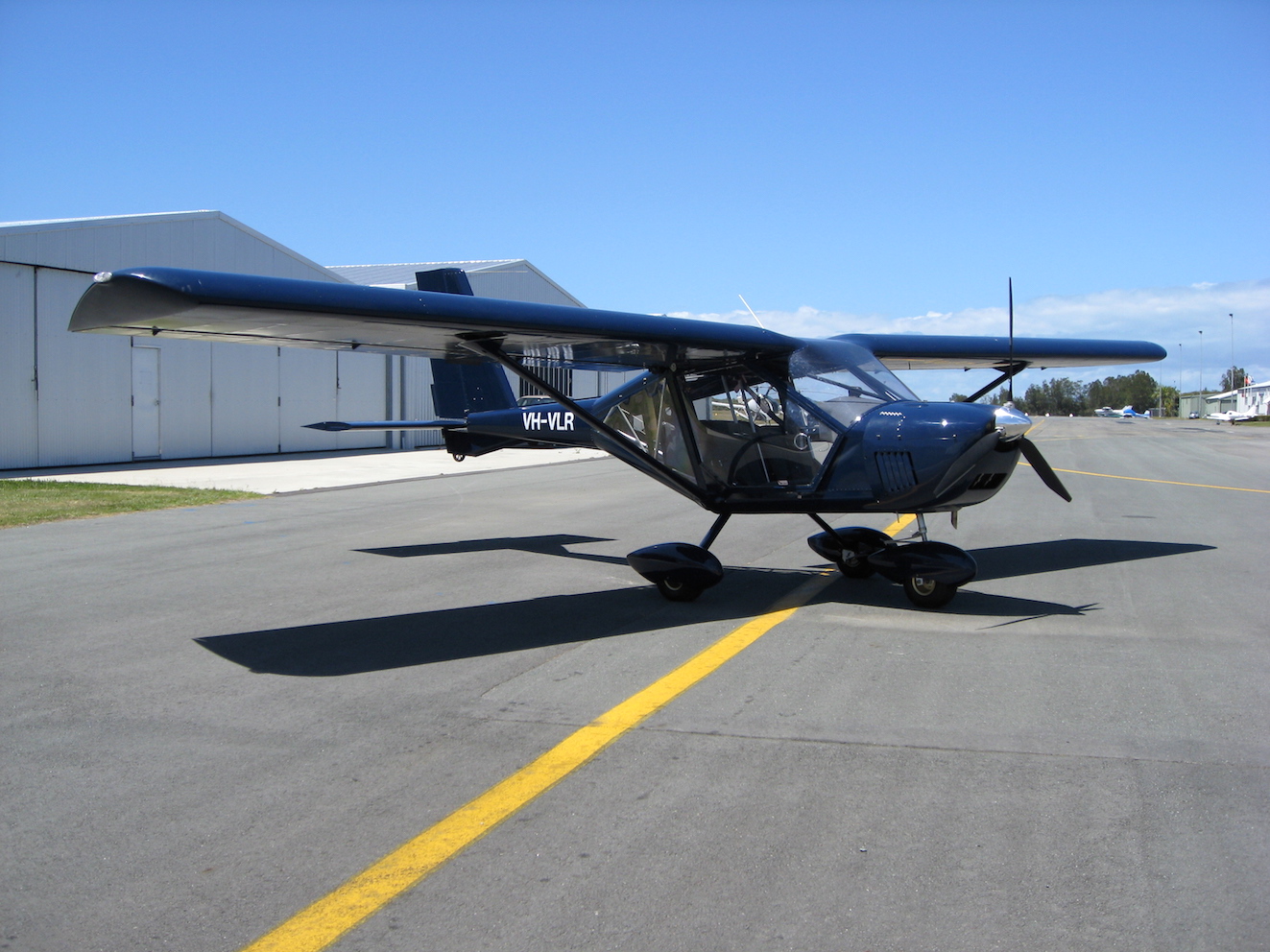 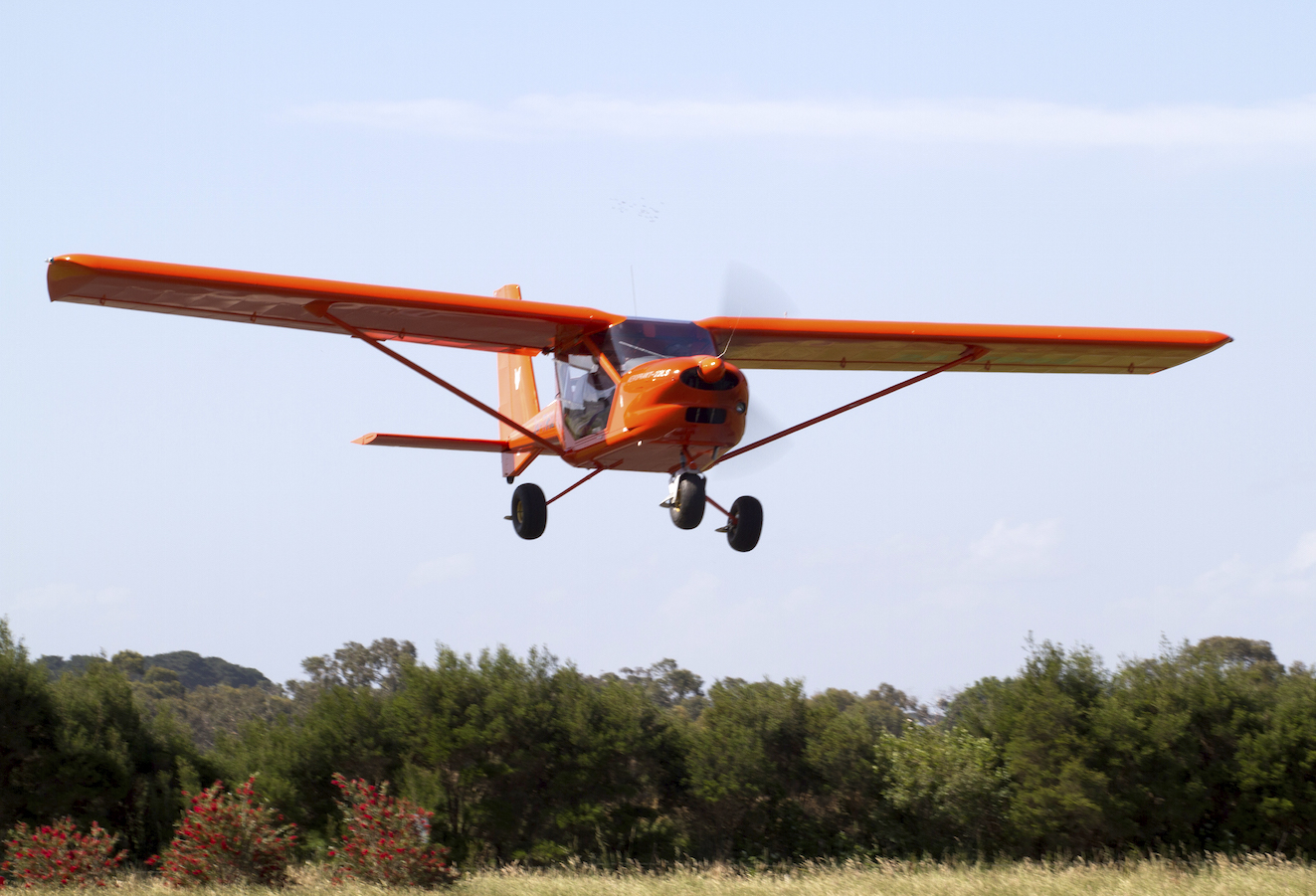 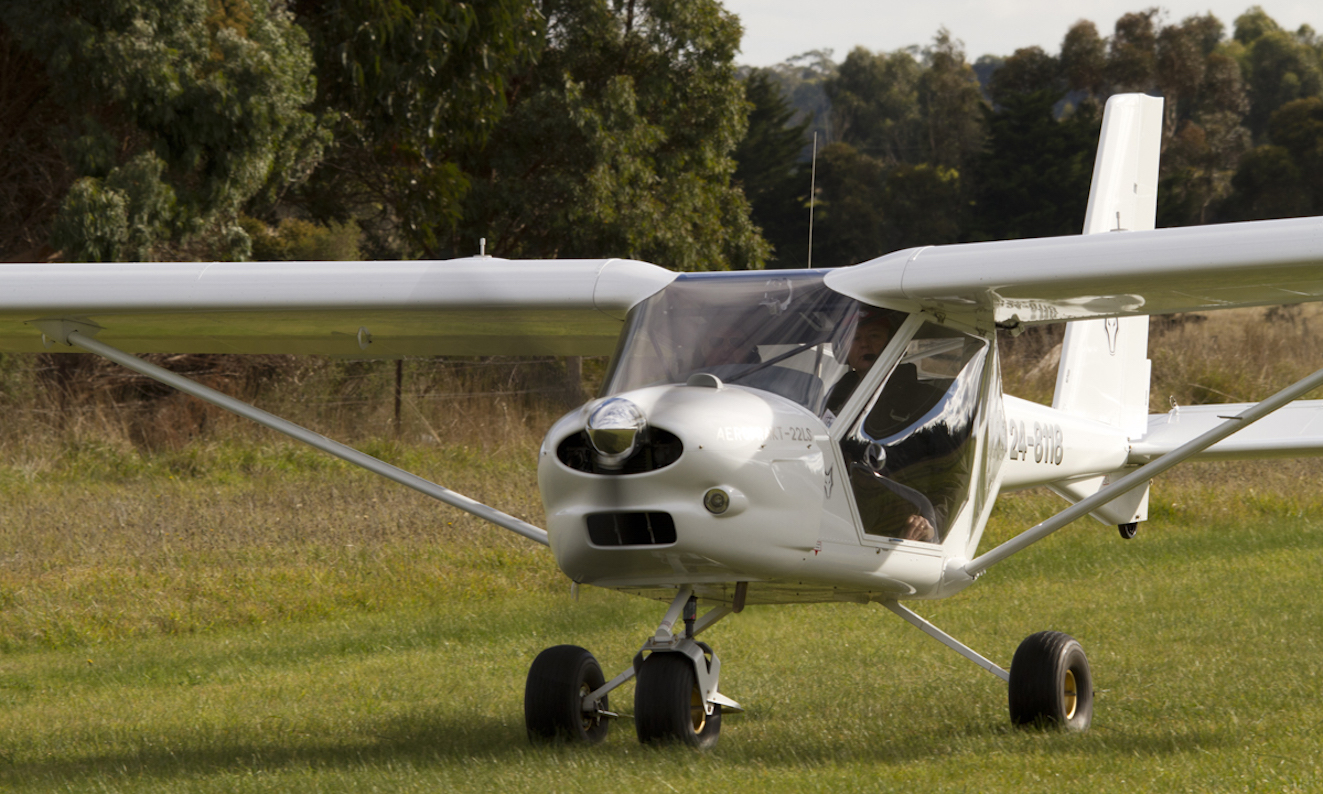 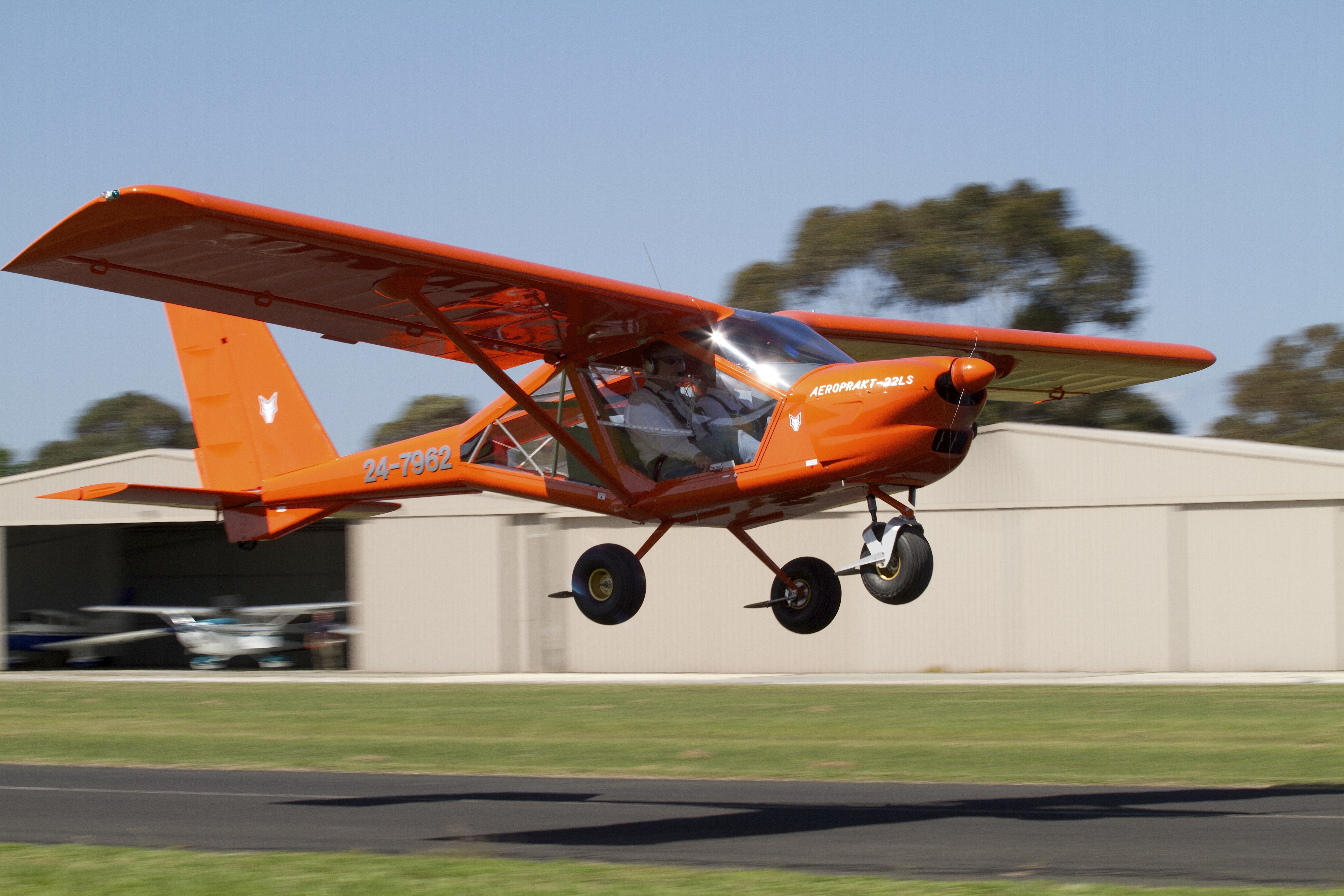 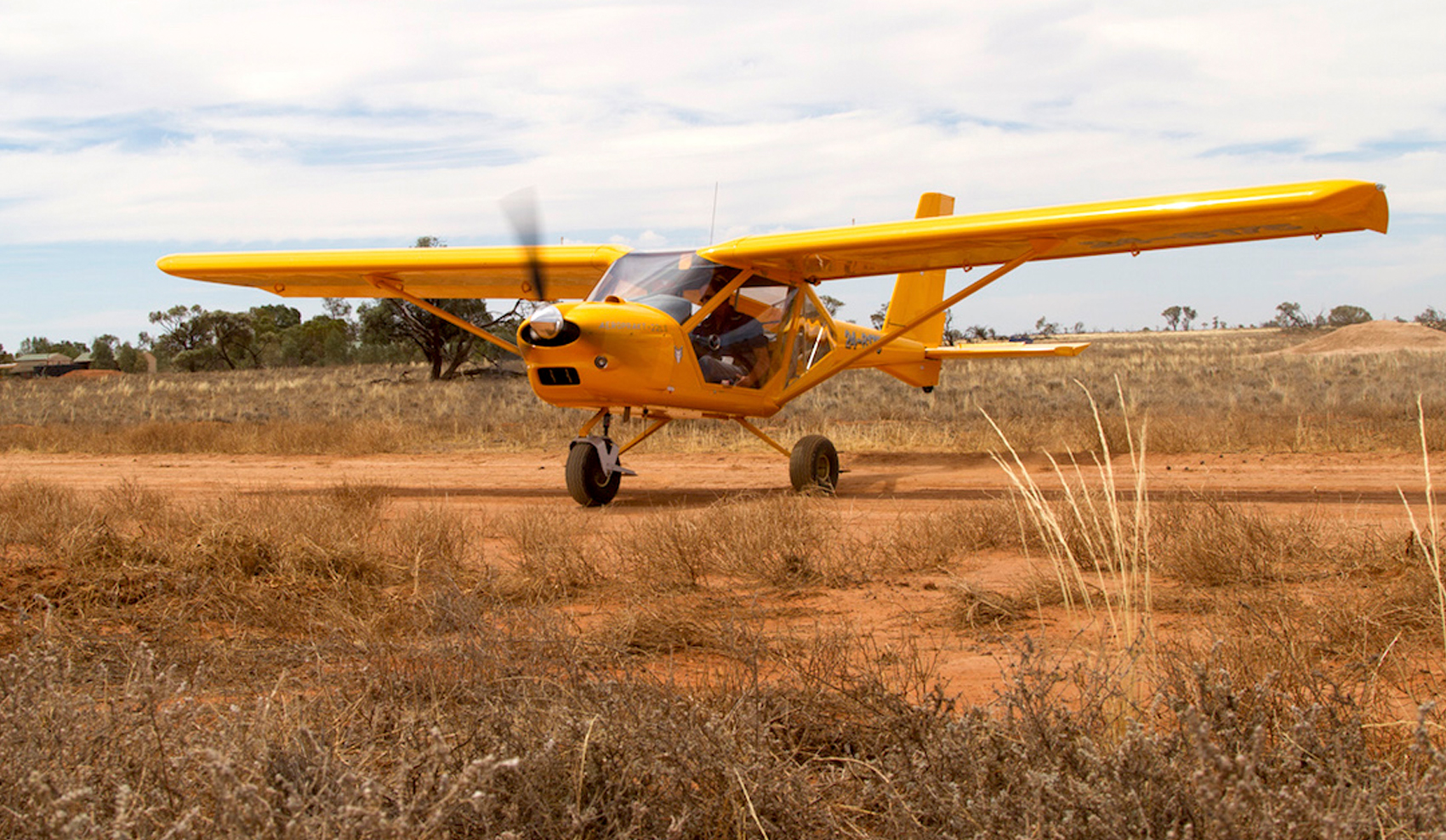 Without a doubt the flagship of the Aeroprakt aircraft; The A22LS is produced with standard oversize main gear tyres, retaining the original slightly smaller nose wheel. The aircraft comes with two options of controls, the central mounted Y stick, or twin yoke controls as found on most general aviation light aircraft. The A22LS has proven itself globally as a safe, professionally build, sturdy and rugged aircraft. It’s flight envelope which combines a good cruising speed as well as a very low stall speed is extraordinary and perfectly suited to operations including surveying, air photography, anti poaching patrols and wildlife monitoring. The A22 has an exemplary record as the ideal recreational and training aircraft with its stability, forgiving flight envelope and un-cramped cabin comfort. The A22LS legally and safely carries payloads of 200kgs and easily gets into and out of the smallest unprepared strips.

An extremely pilot friendly, versatile and “strap it onto your back” type of aircraft that does everything you ask of it in a smooth and responsive manner. The A22 is a rugged yet easy to handle airplane combining short field take off with a comfortable 90+ knot cruise speed, retaining its performance carrying full loads at high density altitude.

The prototype A22 was conceived on the drawing board of Antonov Design Bureau engineer, Yuri Yakovlev, purely as an easy-to-fly 450kg LSA with very good pilot/passenger comfort and versatile all-round performance. The type first flew during 1996 and it was clear from the very beginning that pilots of moderate ability would be able to operate the A22 in safety from the typically short microlight airstrips found in the UK and the rest of Europe. This is an aircraft purposely designed for the new LSA category rather than a plane from another class trying to squeeze itself in. Yuri originally dubbed his new design "Shark," likely because of the distinctive fin. In Germany the plane has achieved certification to the demanding BFU-95 requirement but is known simply as the A22. In USA they call it the "Valor." In Britain, Australia and South Africa ,with a respectful nod to its country of origin, it is called the "Foxbat." But what's in a name? The A22 is a superbly engineered aircraft with no aerodynamic vices.

The riveted monocoque airframe is of Alclad aluminium with fabric-covered wings and control surfaces. Standard engine is now the 100hp Rotax 912-S although the Rotax 912is is also an option.
Like all A22's our South African demo plane retains adequate control response in all three axes at speeds slower than 28Kts yet it can cruise at over 90Kts on 17 liters of MOGAS per hour, with a range of 450 Nm. The cockpit is very roomy with plenty of luggage space and excellent visibility. Those qualities make the Foxbat the right alternative for pilots moving on from 390-kg microlight types but who still wish to carry on using their Club airstrips with confidence. This plane will also appeal to pilots switching to the LSA category from what might be described as a more "formal" background in heavier aircraft. Either way, the A22 will easily bridge the gap between GA aerodromes and microlight airfields.

The Aeroprakt A-22 Foxbat is a Ukrainian two-seat, high-wing, tricycle gear  aircraft manufactured by Aeroprakt.
The Aeroprakt A-22 is supplied either as "ready-to-fly" factory built aircraft, or as a kit, consisting of 152 pieces. The kit can be built in about 500 man-hours.

The A-22's structure is almost completely all-metal with only the engine cowling, wing fillets and wheel spats being made of composites. The wings and control surfaces are fabric/dope covered. The aircraft has excellent visibility, due to the large amount of glazing, including convex doors that allow the occupants to look straight down. The A-22 uses a 3-axis control system, giving the pilot full control over the aircraft. The A-22 uses flaperons in place of ailerons and flaps, giving a stall speed of 52Kmh (28Kt) with the flaperons fully down.

Features that make the Foxbat a first choice:

(VSTOL) A very short take-off and landing aircraft
Landing and taking off at slower speeds quickly means that you are able to safely operate from smaller airfields, there is less wear on the engine and landing gear, less risk of propeller strikes from loose stones and a great safety margin for emergency landings.

The cabin is roomy, even for large pilots
The A22 has one of the largest cabins in its class. The extra room eliminates that cramped feeling, sitting shoulder to shoulder, the controls are easier to access and the un-cramped feeling makes for more comfortable and safer flight.

The visibility from the cabin is extraordinary, unique to the A22
Combining the very large windshield with fully glazed, bubble doors all the way to the floor, as well as the rear-glazed fuselage, makes for supreme visibility. No more need to remove the doors on cold winter mornings and no pilot fatigue from constant noise and prop blast. This combination of performance and visibility makes for superb all round visibility if you are in the circuit, touring or surveying. The door glazing allows you to observe straight down without banking and an unobstructed view for miles ahead. Tall pilots wont get a sore neck from trying to duck down constantly to look under the wing in flight.

The foxbat is an all-metal airframe
This construction provides for increased safety and durability. An all-metal airframe has improved impact resistant qualities protecting occupants in the event of an accident. Correctly sealed and cleaned, metal structures are more resistant to UV and the external environment ensuring longer life.

Your new Aeroprakt aircraft will be delivered to you with a comprehensive Maintenance manual which details all service intervals and describes service requirements. The Rotax engine has its own detailed manual, including log Books, a CD-ROM maintenance manual as well as a separate propeller manual

Pre-flight inspections are the benchmark of any good aviators preparation. Correct maintenance starts with effective pre-flight checks, backed by regular and scheduled maintenance. Your Foxbat is powered by a liquid Cooled Rotax 912 series engine. It is always wise to ensure all hoses and Connections are secure before flight with no leaks.

As with a pre-flight, a post flight inspection should become habit. At the end of your flying day it is a good time to inspect the engine while it is still hot for any signs of impending problems.

Your new Aeroprakt aircraft and Rotax engine must have a mandatory service at 25 hours, this includes oil and oil filter change. The next service will be due at 50 hours and 100 hours.
Rotax engine spares and parts are best secured directly through Rotax South Africa. Although we at Foxbat SA keep a small stock of the more common wear items, the turn around time on most orders for specific parts is ten days.

The Rotax 912 series engine has an enviable reputation for safety and reliability. Although hundreds of thousands of hours are safely flown globally there is no compromise when it comes to maintenance and reliability must never be taken for granted in aviation. By registering your Rotax engine serial number with the Rotax owner website http://rotax-owner.com/en/component/……??? you will automatically
receive any service bulletins that effect your engine via email.

Apart from the mandatory pre and post flight checks and regular maintenance there are a few other steps that you should incorporate into your routine, which all help to keep your engine operating as reliably as possible:

Or every minute with at least 30 seconds of power.

Operate best in this range.

Aeroprakt aircraft are produced with three different types of propellers:

Looking after your propeller, a few tips.

Variation will cause vibration which will eventually damage the Exhaust Systems and gearbox.

Or replace a blade if the damage is on limits

Nose as soon as possible. This will minimize stone damage.